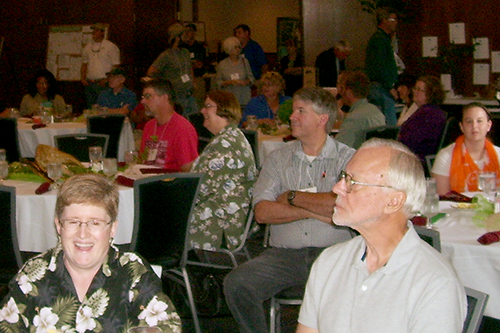 Thursday featured all-day workshops on tree appraisal and assessment and a tour of Jackson's trees before a reception at First Presbyterian Church.

TUFC recognized eight individuals for significant contributions to establishing and maintaining viable community forests in Tennessee. Awards were presented at an October 4 luncheon at the 22nd annual TUFC urban forestry conference in Jackson. 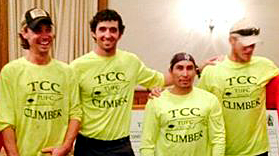 The top climber from each team participated in the Master’s Challenge. Contestants are judged on their knowledge of climbing techniques, use of equipment, safety, poise, continuity, and overall productivity.

The Tree Climb winner goes on to compete in the ISA Southern Tree Competition.
• News coverage 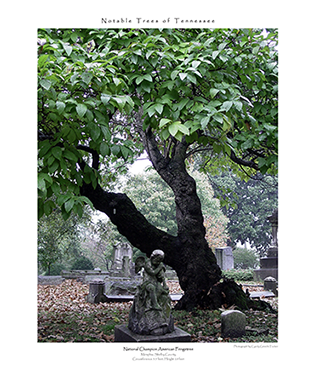 A few limited-edition posters of three Notable Trees are still available. The 20x24 posters are printed on high-quality paper and frame-ready. Posters available are the American Fringetree in Memphis (above), the Loblolly Pine in McNairy County, and the Japanese Zelkova in Nashville. Price is $75 each. More 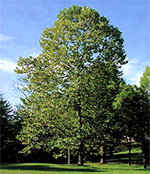 The registry of Landmark and Historic Trees has four new members from across the state, including three trees whose seeds traveled around the moon.

In 1971 astronaut Stuart Roosa took tree seeds along on Apollo 14. Three trees grown from those seeds are alive today — the newest residents on the Landmark Tree Registry. American sycamores grow at University of the South in Sewanee (above) and Sycamore Shoals State Park in Elizabethton and a loblolly pine at the UT Forestry Experiment Station in Knoxville. 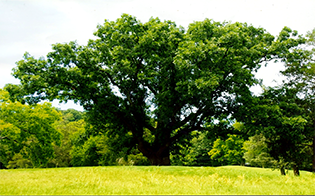 Also inducted was the Witness Tree of Richland Country Club. Now watching over weekend hackers at the ninth tee, this stately bur oak has seen the passage of Middle Tennessee history.

Sited along an ancient buffalo trail, it was nearby as John Overton and Andrew Jackson passed a rudimentary road that became a turnpike. And in 1864 the Battle of the Barricade began nearby as one of the last skirmishes of the Battle of Nashville.

The Tennessee Landmark and Historic Tree Registry recognizes noteworthy trees or groves for their significance to Tennessee communities, the state, and the nation.
• See the registry