The six large eastern red cedars form the old 1838 carriage entrance drive to the mansion at President Andrew Jackson’s beloved home, The Hermitage. The design of the driveway with its row of cedars was created by Jackson’s daughter-in-law, Sarah York Jackson, and Ralph Earl, a portrait artist in residence there.

The tornadoes of 1923 and 1998 destroyed many of the original trees on the property, but six cedars along the carriage drive are the oldest remaining cedars of that 1838 planting. The earliest photographic evidence of the cedars was found in a 1905 picture of the mansion.

The cedars have witnessed visits by many foreign and national dignitaries, including the visits of Presidents Theodore Roosevelt, Franklin Roosevelt, Lyndon Johnson, and Ronald Reagan. 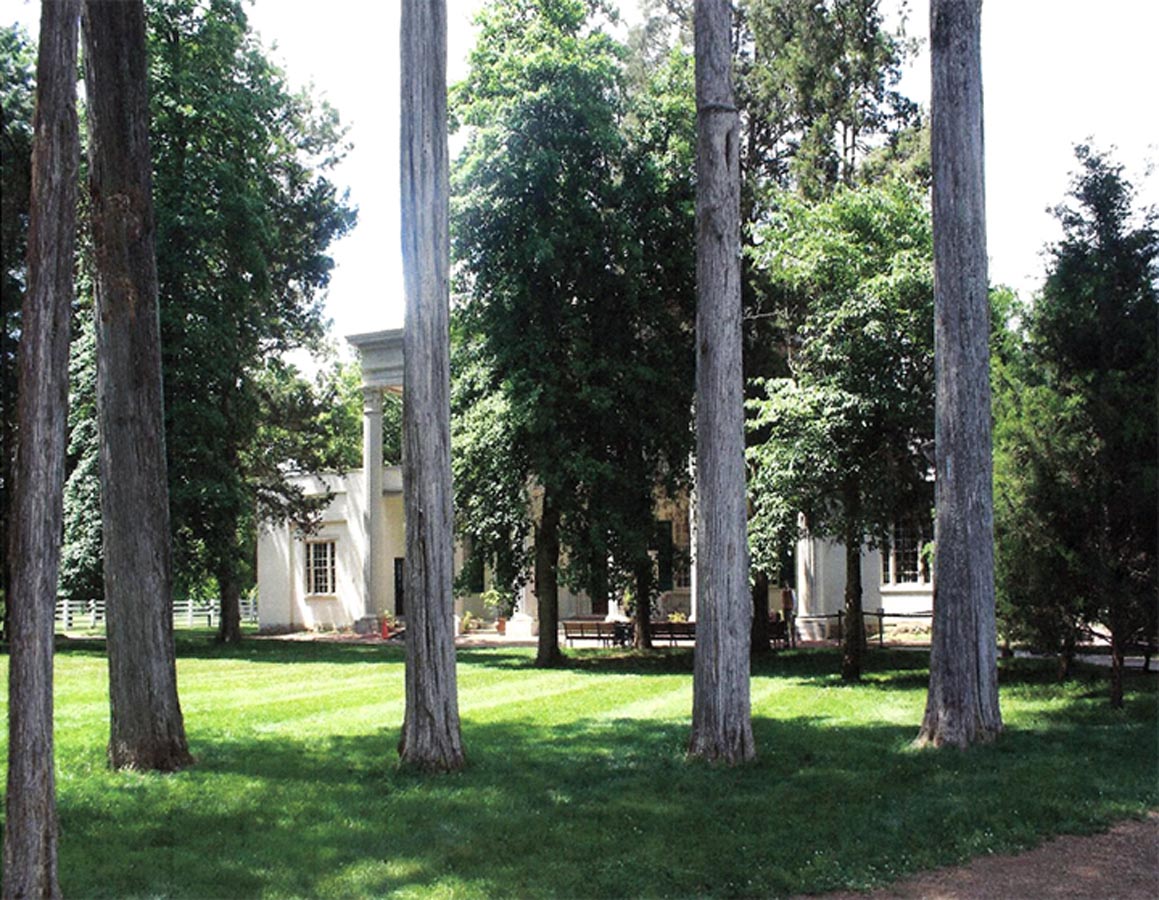