Four large ginkgoes were specified in the 1892 landscaping plans of the grand and glorious Four Seasons Hotel in Harrogate. Originally designed as a health resort and spa for the wealthy coal and iron businessmen of nearby Middlesboro, Kentucky, this lavish hotel stood four stories high with seven hundred rooms. The grand opening on April 12, 1892, saw trainloads of distinguished visitors, including names such as Vanderbilt and Roosevelt. Unfortunately, the stock market crash in May 1893 resulted in the famous hotel closing after only a year.

The 580 acres of land surrounding the hotel near historic Cumberland Gap were sold in 1900 for construction of Lincoln Memorial University. The town of Harrogate began as a bedroom community to the wealthier Middlesboro, but the town and the college were soon inescapably linked.

The ginkgoes became famous landmarks for the college—the largest stands ninety feet tall and over thirteen feet in circumference. The trees stand between Duke Hall and the Harold Finley Learning Resources Center. 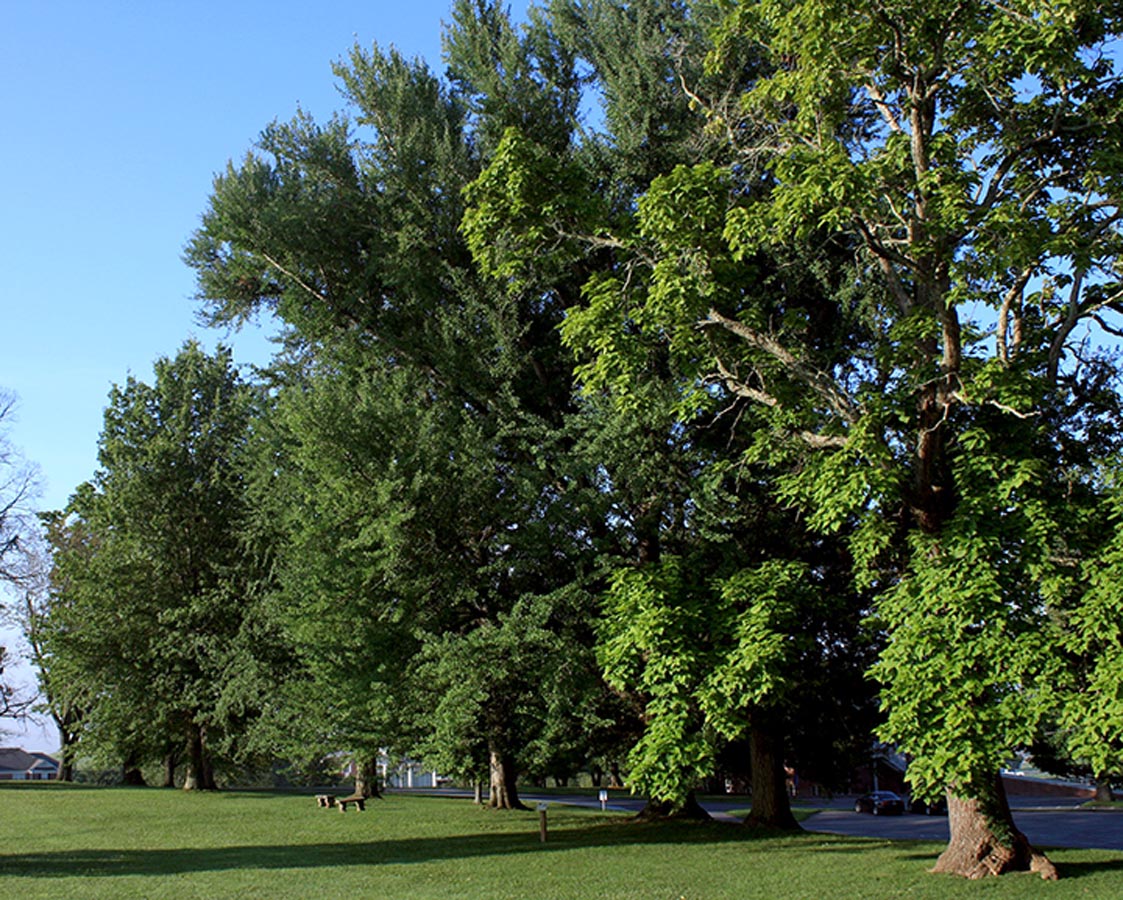